According to the French news outlet, Foot Mercato, Spurs are the latest club to have been attracted to Black Stars player.

The likes of Paris Saint-Germain, Rennes, Inter Milan, Lazio Marseille, and Fenerbahce have all targeted the signature of Kudus, who has impressed greatly in the Danish top-flight.

France Football reported earlier this week that Newcastle United and Everton are looking at the 19-year-old Ghana international, who can play as a forward or as a midfielder. 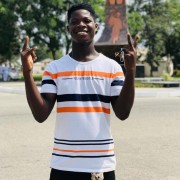 Allow CK Akonnor To Do His Work - Asamoah Gyan

Allow CK Akonnor To Do His Work – Asamoah Gyan

Hearts, Kotoko to pay $10,500 per week for usage of stadia if football returns behind closed-doors